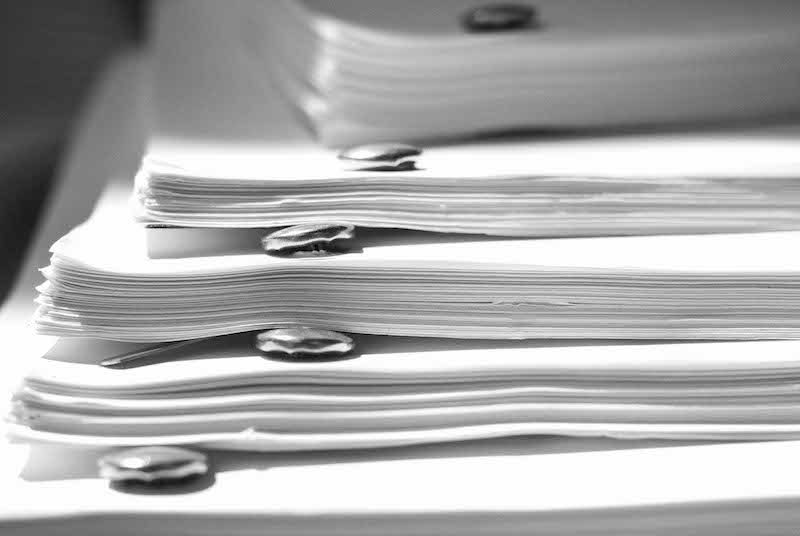 10 OF THE MOST PRESTIGIOUS SCREENWRITING COMPETITIONS THAT APPEAR TO DO THE MOST FOR A SCREENWRITER’S CAREER ARE:

Qualifications: Open to amateurs only:  Screenwriters who have not earned more than $25,000 writing fiction for film or television. Entry scripts must be the original work of one writer or of two writers who have collaborated equally, and must be written originally in English. Adaptations and translated scripts are not eligible.

Entry Dates: Between early January and the final cut off date May 1.

*Nicholl Fellowships has an impressive alumni that includes Susannah Grant and Andrew Marlowe.

Entry Dates:  Sundance is one of those labs you have to get a running start on. Most 2020 programs appear to be full as of this posting (September 2019). Applications should be opening in early 2020 for 2021 labs. Hit the link above for more info.

Prizes:  Past prizes include: 12 projects are accepted into each lab: The Screenwriters Lab is a five-day writer’s workshop that gives independent screenwriters the opportunity to work intensively on their feature film scripts with the support of established writers in an environment that encourages innovation and creative risk-taking. Through one-on-one story sessions with Creative Advisors, Fellows engage in an artistically rigorous process that offers them indispensable lessons in craft, as well as the means to do the deep exploration needed to fully realize their material.

Entry Fees: No data at this time. Please check the website.

*Sundance Labs have an impressive alumni including Quentin Tarantino.

Prizes: Twenty “Creators” will be accepted into an 8 week accelerated mentored program in Los Angeles working with best in class screenwriters and showrunners to take the Creators’ projects from the idea stage to a fully-realized screen or series story. Creators receive a $5,000 weekly stipend while in Los Angeles participating in the program.

*Imagine doesn’t have a big alumni list of working professionals yet. Imagine is very young. It just launched in 2018. With powerhouse industry pros backing it and a mentor list of more industry pros, however, it looks strong. Add to that, there is no entry fee and winners are paid $40,000 for eight weeks in Los Angeles as an Impact winner. Kind of win win there.

Qualifications:  Open to amateurs & pros with an emphasis on emerging talent.

Entry Fees: Entry fees for the feature script competition range from $50 to $75 depending on whether you make early entry deadlines of late entry deadlines.

Prizes: $16,000 split between winners in different categories and the grand prize winner receives $8,000 cash. What is perhaps more beneficial to winners is the notoriety of Slam Dance. Slamdance originated as a rebellious side by side festival running simultaneously with Sundance Film Festival in the 90’s. Since that time Slamdance has amassed recognition, clout and prestige and the connections a Slam Dance win can generate outweigh, in many ways, cash prizes.

Entrance Fees: Entrance fees for both pilots and features range between $95 and $115 depending on whether you make the early entry deadline or submit during the late and “really late” entry fee deadlines.

Prizes: Five finalists will be read by TrackingB industry panelists and receive exposure on TrackingB.

*TrackingB does not appear big on cash prizes. The competition website however boasts a lot of success stories.

I’m not real familiar with this competition but Jeanne Veillette Bowerman from ScriptMag.com vouches for the competition and says it’s gotten a lot of writers signed and sold. And I keep seeing writers linked to this competition in the trades. That is all good.

Prizes:  I’m not finding a lot of information about cash prizes. The competition lit does say the competition will promote the hell out of you. This is from the competition organizers: “We pride ourselves in informing and giving writers the opportunities they deserve and helping them further their careers any way we can. In just 3 years our competitions have helped 114 writers get signed, 37 set up projects and 13 earn staff writing jobs.”

*Page has split categories a lot by genre, and we don’t want to get carpel tunnel here and are not advertisers sheesh you have to hit that baby yourself to sift through the categories. Hit that here: :::categories:::

Qualifications:  Amateurs only:  All writers of submitted material must be 18 years of age or older on the date of submission, and each writer or writing team may not have earned more than $25,000 or the foreign equivalent (jointly or individually) for work as a screenwriter and/or fictional television writer.  Only original screenplays and teleplays are eligible.

Entry Dates: Page generally opens in January with a final deadline in late May.

Prizes:  Quoting a former prize statement from the website, “Awards include a huge $25,000 Grand Prize, plus Gold, Silver, and Bronze Prizes in ten different genre categories.  All told, our winning writers will receive over $50,000 in Cash and Prizes!”

Qualifications: Open to amateurs — I do not see any rules against pros entering but double check.

Entry Dates: The competition opens for pre-registration in December and its final late entry dates are in May.

Entry Fees: Entry fees range from $40 to $70 depending on whether you enter during the early entry phase of come in with an entry during their late entry fee period.

Prizes: From the website: “Over $5 million in screenplays sold from Pipeline competition finalists and ‘Recommend’ writers since 2003. Last season, close to 5,000 scripts were entered in the Screenwriting and TV Writing contests combined, making Script Pipeline one of the leading companies reviewing spec material. Beyond prizes, finalists are given exposure to approximately 200 qualified contacts.”

*It’s getting a little difficult to keep track of ALL the competition arms at Austin Film Festival.

Entry Dates: Entry deadlines appear to be from April/March through July.

Entry Fees: Entry fees range between categories. I am sticking here with the feature script entry information, which indicates entry fees range from $50 to $85 depending on whether you enter before the early entry entry date of come in during the late entry period.

Prizes:  Cash awards range from $5,000 – $1,000 depending on entry category. All winners receive reimbursement of roundtrip airfare; hotel reimbursement at the Film Festival; the AFF bronze typewriter award; one complimentary producers badge to attend the festival and conference.  Finalists in all categories receive one complimentary producer’s badge to attend the festival and conference. All semifinalists may purchase a producer’s badge at a discounted price. See competition link for more info.

AN ALTERNATIVE TO THE COMPETITION CIRCUIT:

THE BLACK LIST:  Looking for an alternative to the competition circuit? You could throw your hat into the ring with both pros and amateurs on The Black List. Cost to host a script PDF last we checked was $30. Cost for evaluations from Black List Readers are $75 for feature scripts and one hour pilots, and $50 for half hour or shorter pilots. Entrants with especially high scores get a good deal of exposure via The Black List. There is a discount available to WGA members and similar organization and union memberships. Check this link to :::get more information on Black List pricing:::.

*AFW is not affiliated with any of these competitions outside of the fact a lot of AFW alumni have placed in and/or won many of the competitions. This post is not a promotion or endorsement, it exists for informational purposes only.  We do our best to keep up with new information but we’re not responsible for any incorrect info or competition changes we don’t catch along the way, it’s up to you to double check the competition websites to make sure you’ve got current and accurate information. 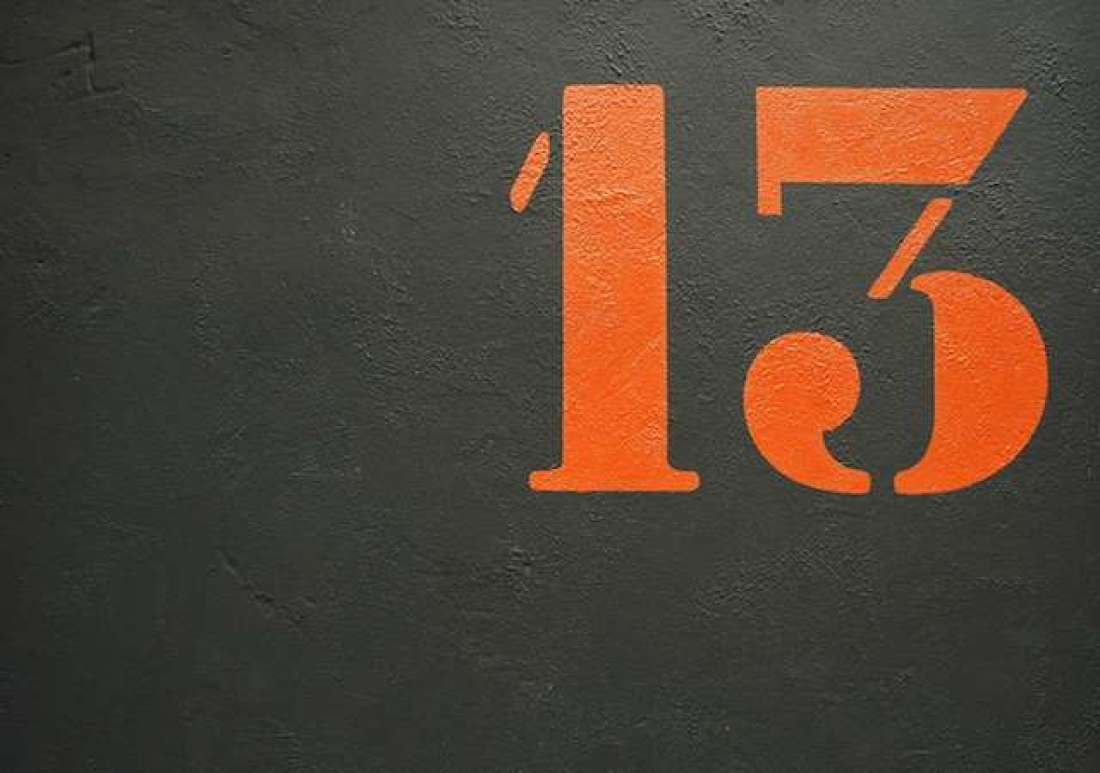