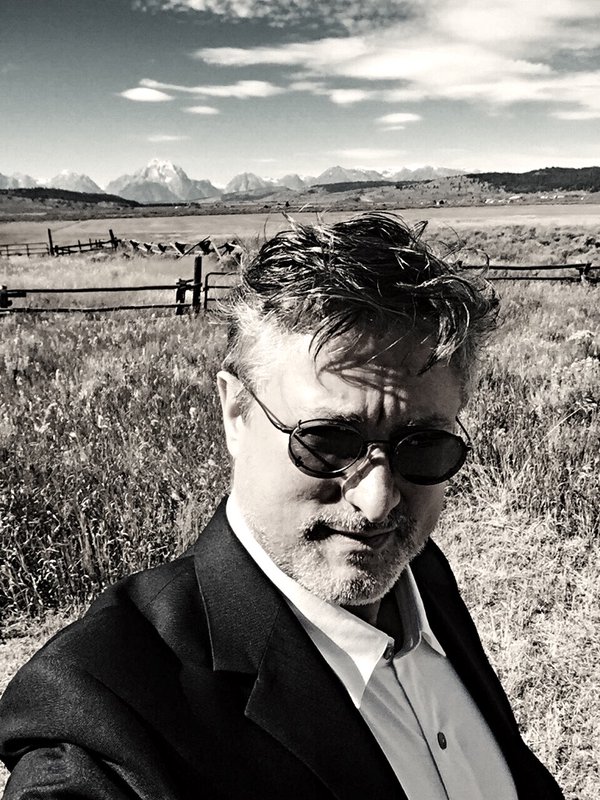 This is a guest post from screenwriter, director and author Eric Red.  Eric’s film credits include The Hitcher, Near Dark, Blue Steel, Cohen And Tate, Body Parts, Bad Moon and 100 Feet:

As a screenwriter, you have ten pages to hook the reader or you’re dead. The First Ten Pages are the most important pages of a screenplay. Why?  Because if you haven’t hooked the reader–be it producer, director, star, development executive, script reader or anyone else down the film business food chain—-you’ve lost them. They will probably put the script down and not read any further, and not buy or make the script. You want to start your story, particularly a horror or thriller movie, with a bang.

Set up a situation in the first ten minutes that is interesting where people want to know what happens next. Establish the main characters in an exciting way. Avoid clichés particularly in working in established genres like vampire and zombie films where instantly the reader knows if they have seen it before. Give those first ten pages a spin on the genre people haven’t seen before. Then they’ll go, “this is cool” and want to read more, which is what you want as a writer.

Stars, when the screenplay is submitted to them, will read ten pages —

If the leading character you want them to play hasn’t been set up interestingly in those first ten pages, they will pass on the project. Always. So be sure your main character is properly introduced in The First Ten Pages. Think of first ten pages as a movie in itself.

Check out the first ten pages of my script “THE HITCHER.” The entire first encounter between the hitcher and the kid–played in the film by Rutger Hauer and C. Thomas Howell—happens during the opening 10 minutes. It’s just two guys in a car on a lonely highway, in a claustrophobic thunder and lighting storm with a lot of terse cryptic menacing dialogue as the kid slowly realizes the guy he gave a ride to is a psychopathic murderer who is going to kill him. The kid throws the hitcher out of the car at the end of the sequence and the movie begins.

Also, the kid picks up the hitchhiker in the rain on page 2. There was no back-story needed with the kid. It wasn’t important this early where he was from or going. All that mattered was he sees a hitchhiker in the rain with his thumb out and stops to give him a lift and we go, “don’t do it!” His first line, “My mother told me never to do this” said it all. In the opening ten pages, start situationally with action, and explain it later. If you can, hook the reader on page one or two

In “THE HITCHER” remake -–the protagonists pick up the hitchhiker more than twenty pages in! The remake writers slowed the whole thing down and lost the instant tension of my script. Talk about taking steps backward. They fell into all the traps I intentionally avoided in the original.

All good storytelling comes down to people wanting to know what happens next. Then being surprised with what happens next. Remember that as a storyteller you can’t take the audience anywhere if they don’t know where they are. You don’t want the audience confused, particularly at the very beginning when they are eager to get their footing and get some idea who this story is about and where they are going. Then you surprise them and take them somewhere they didn’t expect.

How do you know if your first ten pages are any good? Tell the first ten pages of the script to people. You can see whether they are interested or not by the look in their eyes. Simple as that.

Eric Red is a Los Angeles based motion picture screenwriter, director and author. His films include The Hitcher, Near Dark, Blue Steel, Cohen And Tate, Body Parts, Bad Moon and 100 Feet. Mr. Red’s first novel, a dark coming-of-age tale about teenagers called Don’t Stand So Close, is available from SST Publications. His second and third novels, a werewolf western called The Guns Of Santa Sangre and a science fiction monster novel called It Waits Below, are available from Samhain Publishing. His fourth novel, a serial killer thriller called White Knuckle, will be published by Samhain in 2015. Mr. Red’s website is: http://ericred.com.