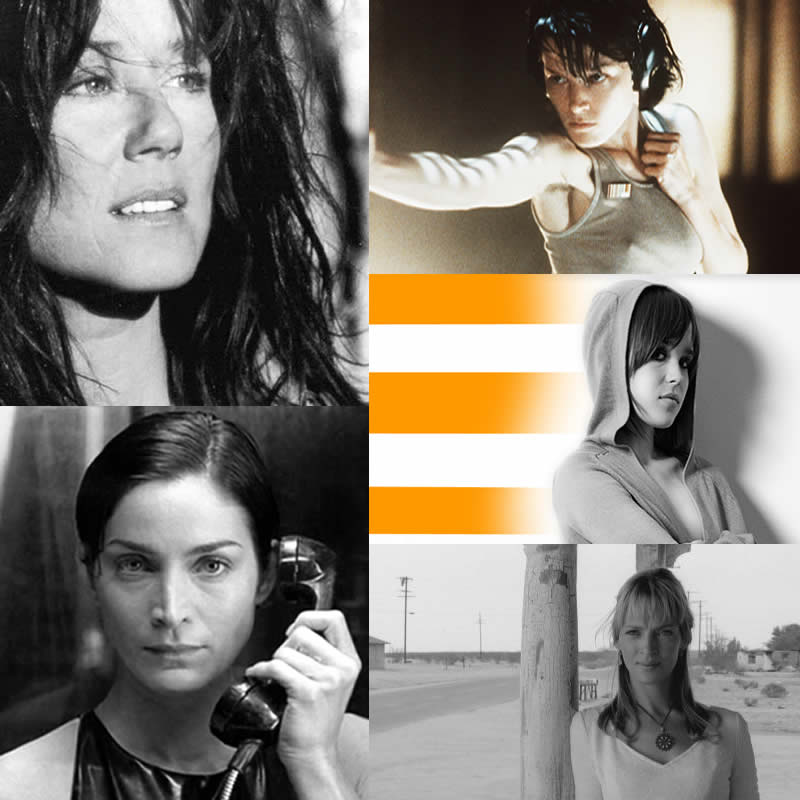 Several travois are parked in a clearing. It’s a scene of terrible woe. On the travois are dead bodies. Women members of several families are grieving as they collect the dead men.

Some are shrieking, some are crying softly, and some are beating themselves.

One group is just beginning to hoist a body off its litter when a strange looking woman appears in the clearing. She’s been running. Her light, cherry-colored hair is tangled.

Her face is creased with pain and disbelief as she rushes forward, crying out in Sioux. She pushes through the other women and tackles the body, taking it to the ground.

She climbs atop the dead man, cradles his head against her face and says a single word softly.

It is his name and she whispers it again.

Of course there is no answer. With each saying of the name she is more desperate, her voice growing louder and louder.

She arches her back eerily and wails the name to the heavens before flinging herself back at the lifeless face.

At last the other mourners feel compelled to drag her away. The little woman does not go easily.

Her name is STANDS WITH A FIST.

THE MATRIX, Larry and Andy Wachowski

The hotel was abandoned after a fire licked its way across the polyester carpeting, destroying several rooms as it spooled soot up the walls and ceiling, leaving patterns of permanent shadow.

We FOLLOW four armed POLICE OFFICERS using flashlights as they creep down the blackened hall and ready themselves on either side of Room 303.

The biggest of them violently kicks in the door —

The other cops pour in behind him, guns thrust before them.

The room is almost devoid of furniture. There is a fold- up table and chair with a phone, a modem, and a Powerbook computer. The only light in the room is the glow of the computer.

Sitting there, her hands still on the keyboard, is TRINITY; a woman in black leather.

Hands behind your head! Now! Do it!

She slowly puts her hands behind her head.

The Big Cop flicks out his cuffs, the other cops holding a bead. They’ve done this a hundred times, they know they’ve got her, until the Big Cop reaches with the cuffs and Trinity moves —

It almost doesn’t register, so smooth and fast, inhumanly fast.

The eye blinks and Trinity’s palm snaps up and his nose explodes, blood erupting. Her leg kicks with the force of a wrecking ball and he flies back, a two-hundred-fifty pound sack of limp meat and bone that slams into the cop farthest from her.

A GUN still in the cop’s hand is snatched, twisted and FIRED. There is a final violent exchange of GUNFIRE and when it’s over, Trinity is the only one standing.

A flashlight rocks slowly to a stop.

JUNO MacGUFF stands on a placid street in a nondescript subdivision, facing the curb. It’s FALL. Juno is sixteen years old, an artfully bedraggled burnout kid. She winces and shields her eyes from the glare of the sun. The object of her rapt attention is a battered living room set, abandoned curbside by its former owners. There is a fetid-looking leather recliner, a chrome-edged coffee table, and a tasteless latchhooked rug featuring a roaring tiger.

It started with a chair.

BLACK AND WHITE CU of a WOMAN lying on the floor, looking up. The woman on the floor has just taken a severe spaghetti-western-style gang beating. Her face is bloody, beaten up, and torn. The high contrast B/W turning the red blood into black blood.

A hand belonging to the off-screen Man’s Voice ENTERS FRAME holding a white handkerchief with the name “BILL” sewn in the corner, and begins tenderly wiping away the blood from the young woman’s face. Little by little as the Male Voice speaks, the beautiful face underneath is revealed to the audience.

But what can’t be wiped away, is the white hot hate that shines in both eyes at the man who stands over her, the “BILL” of the title.

I bet I could fry an egg on your

head about now, if I wanted to.

He continues wiping away the blood.

isn’t a trace of sadism in my actions…

Okay – Maybe towards these other jokers

OVERHEAD SHOT We see for a moment, A WIDE SHOT looking down at the woman on the floor. Bill (from behind) bent down over her. Four others in black suits, standing over her (three are female, one is male). And about four DEAD BODIES lying in their own blood. We also see we’re in a wedding chapel that’s been redecorated by blood death and gunfire. And firstly or lastly, depending on the viewer, that the woman on the floor is dressed in a white bridal gown.

This woman is our Heroine, and from this moment forth she will only be referred to as The BRIDE.

Back to CU of The BRIDE. The BRIDE on the floor. Her pretty face is wiped clean.

No Kiddo at this moment, this is

me at my most masochistic.

While still in her CU The Bride speaks for the first time in the picture. She looks up at the man standing over her and says;

After saying the “y” in “baby”, we hear a BANG and The Bride receives a bullet in the side of her head.

POINT OF NO RETURN, Robert Getchell

What we first see is everybody’s nightmare – every law abiding citizen’s worst fear: carrying Uzi’s and .45 automatics, four street punks from hell walk TOWARD THE CAMERA. One of them drags a limp body in one hand, holds an axe in the other.

These four wear no T-shirts with rebellious slogans, no carefully-ripped designer jeans, no earrings. Their clothes are as unexpressive as their faces – all of which contain only one emotion: anger.

As the four NEAR the CAMERA we see them more closely:

BIG STAN is a shirtless six-foot-three mass of muscles. (It is he who drags the unconscious body along).

JOHNNY D. is his opposite – a frail youth with pale, translucent skin stretched over his body face.

BURT has a face that is still handsome, in spite of the life he’s led.

MAGGIE is the fourth person. She walks next to Burt. She might have been born beautiful, but right now she looks like hell: she wears a headset over ragged, chopped-off hair, her teeth are dark, her skin is dirty, and her eyes are at half-mast – she’s zonked on some kind of drug. She’s Burt’s girlfriend, and leans against him for support occasionally.

*Want to see an example of weak female character introductions? Check out @femscriptintros on Twitter.