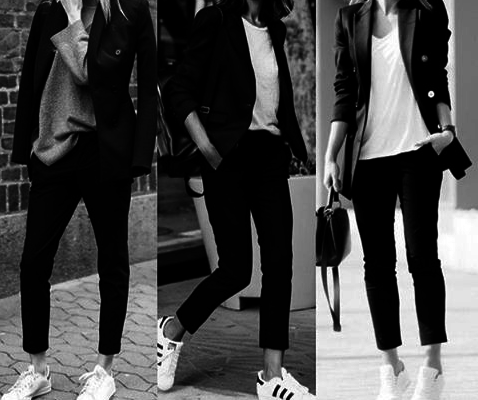 The original screenwriter’s uniform blog post appears to be lost in the interwebs somewhere (how does this happen?) but it keeps coming up in conversation. (Also, according to fashion experts, white sneakers are back! Whoah. Did not see that coming.)

I yanked some photos off the internetz that more or less are different versions of “the uniform” (for women). There are a couple shots in there in which women are not wearing jeans. That’s for the people who claim they do not own jeans and cannot wear them. (I don’t know how that happens in this century but I am assured it does.) Also, these are pretty spruced because they’re fashion shots, but that’s essentially it, the uniform: Jeans, casual shirt or T-shirt, flats, loose casual jacket.

Also, so the guys do not feel left out, here is a “the writers” shot from 30 Rock. Take a look at what the male writers are wearing. The Writer’s Room is not a suit and tie world: 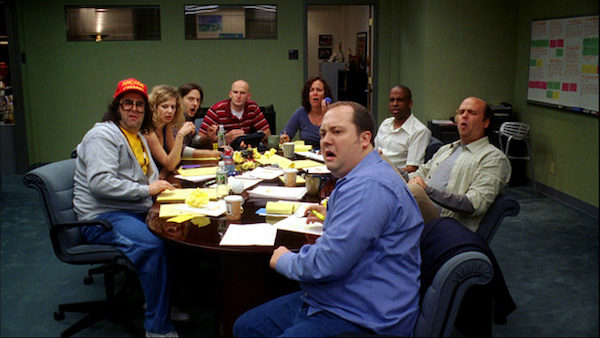 You also might want to read this great blog post from Josh Friedman, “Happy Day of Atonement,” it talks about what writers wear too and is very funny. And if you’re crazy wild for even more details and such about the screenwriter’s uniform, there is a whole chapter about it in The New Screenwriter’s Survival Guide.

The concept is pretty simple though, which is why it’s weird to me I get so many questions about it: Jeans, casual shirt or T-shirt, flats, loose casual jacket.